Starbucks and Dunkin’ have mastered the ability to meet their customers exactly where they are and have created standalone applications that continue to blur the lines between mobile and in-store. 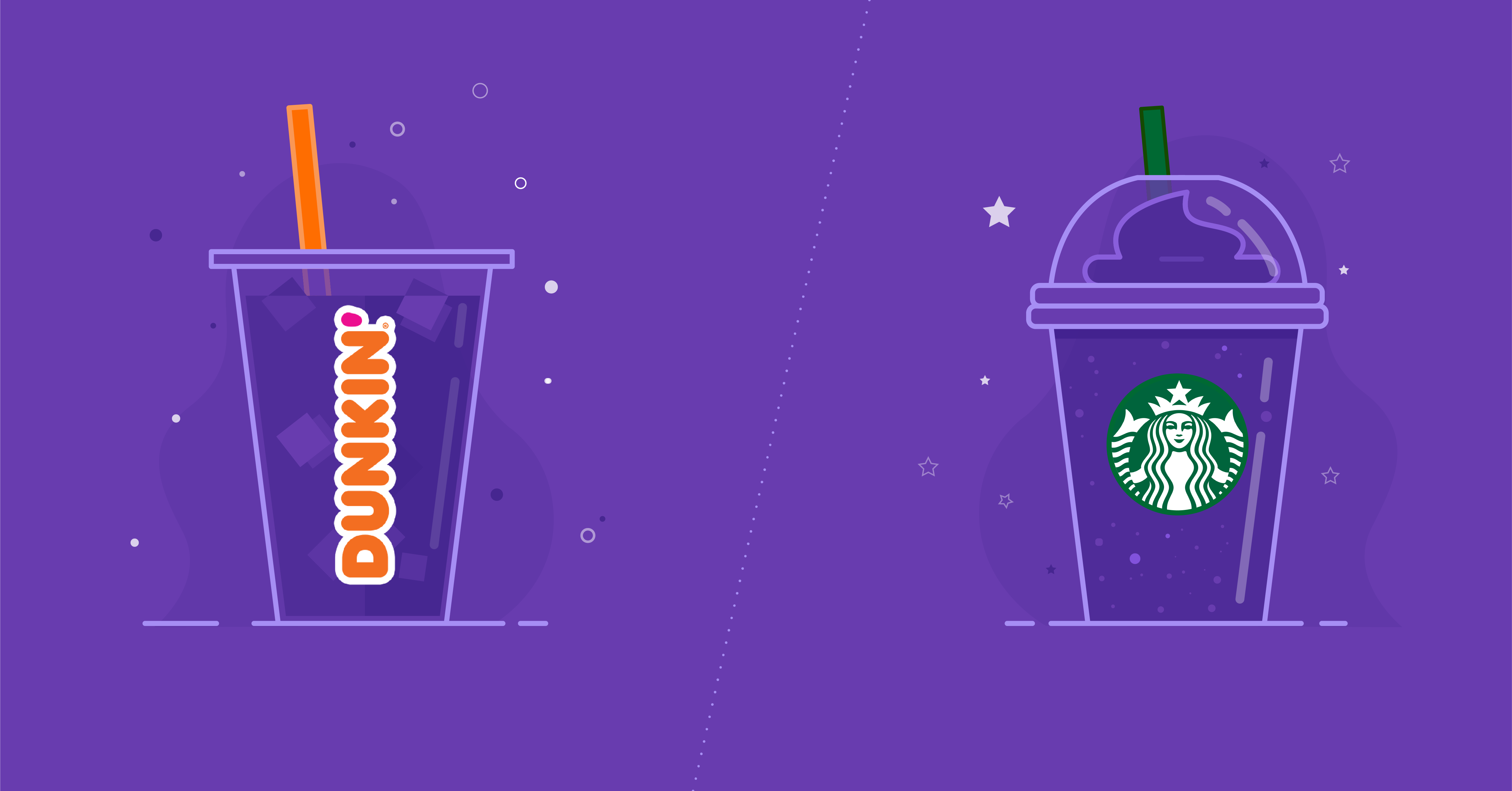 While some retailers have struggled keeping their brick-and-mortar stores open (nearly 6,000 store closures in 2019 already), Starbucks and Dunkin’ mimic no resemblance, opening up more than 1,000 U.S. stores total in 2018. These two powerhouses not only dominate the coffee and quick-service market, but are prime examples of how brands can leverage mobile to drive in-store traffic and engage with today’s tech-savvy customers.

‍
Starbucks and Dunkin’ have mastered the ability to meet their customers exactly where they are and have created standalone applications that continue to blur the lines between mobile and in-store. In an age where loyalty is difficult to earn and quick to lose, these two brands epitomize how to keep consumer attention and develop unique engagement across the customer experience through a robust and habitual loyalty program. And according to a recent survey from Dosh, 87% of consumers are more likely to shop somewhere that rewards them, so these industry leaders understand the path to success.

Starbucks was one of the earliest adopters of mobile, launching its application in 2009; and with 16.3 million users linked to its rewards program, it has one of the largest followings. Not to mention, these loyalty members account for 40 percent of sales at all company-operated stores.

“The Starbucks app is one of the bigger success stories in mobile proximity payments. It has gained traction thanks to its ability to tie payments to its loyalty rewards program. For users of the app, the value of paying with their smartphone is clear and simple — you can save time and money at the register, all while racking up rewards and special offers,” said Cindy Liu, Forecasting Analyst at eMarketer.

Payments Leader: No retailer or mobile payment provider has been able to dominate the checkout paying process like Starbucks. In 2018, nearly 23.4 million people above the age of 14 were predicted to use the app to make a POS purchase at least once every six months, according to eMarketer. This beats out the projected uses of today’s most popular proximity-based mobile payment apps, including Apple Pay (22 million), Google Pay (11.1 million), and Samsung Pay (9.9 million). In early 2018, Starbucks also tested out its first cashless stores as nearly 40 percent of transactions were already conducted through phones. Starbucks has defied the odds, encouraging millions of its users to leverage mobile during the checkout process -- regardless if placed online or in-store.

Dynamic Offerings: Starbucks’ app is ingrained in consumers’ everyday routine due to its built-in gamified structure, rewarding consumers with points at every transaction. The more consumers spend, the more stars they earn -- earning two stars for every dollar spent. The goal was to reach the golden 125 stars to rake in a free reward. However, starting this month, Starbucks is unveiling even more opportunities for consumers to cash in their rewards. It’s simple. The more offerings available at various stages of the point structure, the more users will cash in for desired products, creating even more usage of the program and the app.

Strategic Partnerships: From music to delivery, Starbucks pushes the limits of the ordinary coffeehouse. In early 2015, Starbucks inked a strategic deal with Spotify not only to bring a unique offer to employees but also to provide Starbucks app users with a chance to engage musically with the brand and better connect app users with the in-store experience. Customers could scan the app to hear the music playing, eliminating interaction with apps like Shazam and creating more in-app interactions. Early this year (2019), Starbucks also partnered with Uber Eats to bring delivery services to its customers in select areas and recently hinted at expansion into more territories this year. While usage is not directly in the Starbucks app, the company's unique position, partnering with one of the leading app-based transportation companies out there, is added proof to the company's overall prioritization and integration of mobile-based technologies.

Dunkin’ launched its app in 2012, and the company’s DD Perks Rewards Program was launched in early 2014 as a fast and convenient way to reward guests nationwide. With nearly 13.1 million mobile downloads and 6.6 million DD Perk members nationwide, Dunkin’s app has swept the nation for its customization and ease for the “on-the-go” consumer.

“Our guests rely on their mobile devices more than ever, and in just one year our Dunkin’ App has helped millions of busy, on-the-go people run on Dunkin’ faster and more conveniently,” said John Costello, President, Global Marketing and Innovation at Dunkin’ Brands.

Fresh & Timely Rewards: Through Dunkin’ DD Perks, consumers earn five points for every dollar they spend when they pay using an enrolled DD Card. Once a member accrues 200 points, the guest receives a coupon for a free beverage of their choice right on the Dunkin’ Mobile App. Even beyond mobile app orders, Dunkin’ works across different channels, like Dosh, to reach new customers and drive more frequency with existing customers. Dunkin keeps its users engaged with new, always-changing offers timed with various holidays and moments in time, as well as evergreen offers. This keeps its user base not only happy, but engaged with the app and coming back for more as DD Perks members have come to expect that Dunkin' regularly has a new reward waiting for them. Some recent new offers include:

‍Order Customization: In June 2018, Dunkin’ transformed its user experience, not only giving it a facelift but also weaving in new features centered around customer preferences. The new app provides users with a greater ability to customize their mobile orders, mimicking the in-store ordering experience. From the coffee type down to the amount of ice that’s used, Dunkin’s newly designed app is another step in the right direction, blurring the lines between mobile and in-store.

Beyond Mobile: Dunkin’ said that 80 percent of consumers who try On-the-Go Mobile Ordering use it at least once more. That’s a pretty strong stat in terms of return customers, and it certainly helps that Dunkin’ has integrated its On-the-Go Mobile Ordering across several other channels, ensuring this ability extends beyond just its mobile app. For example, customers can place Dunkin’ orders through Waze's "Order Ahead" feature, the Google Assistant app and with General Motors Co. for eligible U.S. Chevrolet, Buick, GMC, and Cadillac vehicles.

Starbucks and Dunkin’ have embraced mobile to remain innovative in the quick service market and to win over their customers’ loyalty. Their unique approach to application design, strategic partnerships, and dynamic reward offerings have helped them create a go-to mobile experience that merges the digital and in-store experience, while also keeping customers coming back time and time again.

As these players seek out new ways to engage and attract consumers, card-linked cash back offers are among the select few approaches that can show true attribution and drive customer engagement. Using Dosh, a similar brand in the quick service industry saw a 16.7% lift in transaction frequency.

Read more here to find out how your quick service restaurant brand can improve sales and drive customer acquisition through the use of mobile, card-linked cash back offers.